Board of Directors & Trustees

Honor the past. Inspire the future.

Meet our Board of Directors & Trustees 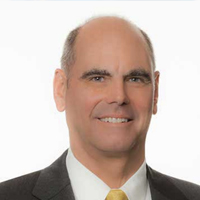 CHAIRMAN OF THE BOARD —

Vice Admiral Buss is president of Cubic GlobalDefense (CGD) and senior vice president of Cubic Corporation, a global leader in the defense and transportation industries. He oversees and manages the overall CGD business, which spans across more than 35 nations. In this role, Buss is responsible for executing the strategy for Cubic’s defense business, which is focused on identifying and rapidly integrating innovative technologies into defense training systems and services to provide customers with cutting-edge means to ensure the operational readiness of US military and partner nation security forces. Buss joined Cubic Global Defense as senior vice president and deputy president in 2015 following more than 36 years of service in the US Navy.

He retired from in the rank of Vice Admiral, after serving for more than two years as Commander, Naval Air Forces (Navy’s “Air Boss”). During his time as the Air Boss, Buss was responsible for all policies, requirements, training and operational readiness for Naval Aviation. Prior to his role as Air Boss, Buss served as the Deputy Commander of US Fleet Forces Command in Norfolk, Virginia, and Commander, Task Force 20, where he was responsible for training and certifying all east coast Navy ships and squadrons as deployment-ready.

Buss ran the Naval Warfare Integration Group, a Pentagon-based strategic think tank and also served for 14 months in Baghdad, Iraq, as Director of Strategy/Plans/Assessments for Multi-National Force – Iraq in 2008-09. Buss graduated with distinction from the United States Naval Academy in 1978.

His executive education includes Wharton Business School. In addition to his role at Cubic Corporation he serves as an independent director on the board of West Pak Corp. He is active in military outreach and philanthropic efforts in the San Diego community. 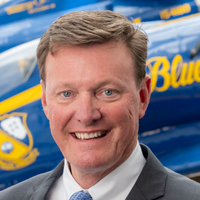 Rear Adm. Kyle Cozad, a native of Las Vegas, graduated from the U.S. Naval Academy in 1985 with a Bachelor of Science in Oceanography and Physics. He earned a Master of Science in National Resource Management, graduating with distinction, from the National Defense University’s Eisenhower School, formerly the Industrial College of the Armed Forces. He also attended the Navy Corporate Business Course at the University of Virginia’s Darden School of Business.

His shore tours include Navy Personnel Command as aviation commander and captain detailer; commanding officer, staff enlisted personnel; and executive assistant to the commander. He served as the 22nd senior director of the White House Situation Room and as a chief of naval operations (CNO) fellow on the CNO’s Strategic Studies Group (XXXII).

Cozad became the 19th commander of the Naval Education and Training Command July 20, 2017.

We are here because of your generous donations and it’s thanks to you that we’ve been able to accomplish so much in our efforts to support the National Naval Aviation Museum and enhance STEM education with our world-class aviation-themed learning adventure, the National Flight Academy.

OUR REPORTS
AND DIRECTORIES

Browse the documents below to learn more about the Foundation’s financial status, leadership, its policies and other investment information.

Take your career to new heights and learn about our opportunities and open positions with the Naval Aviation Museum Foundation.